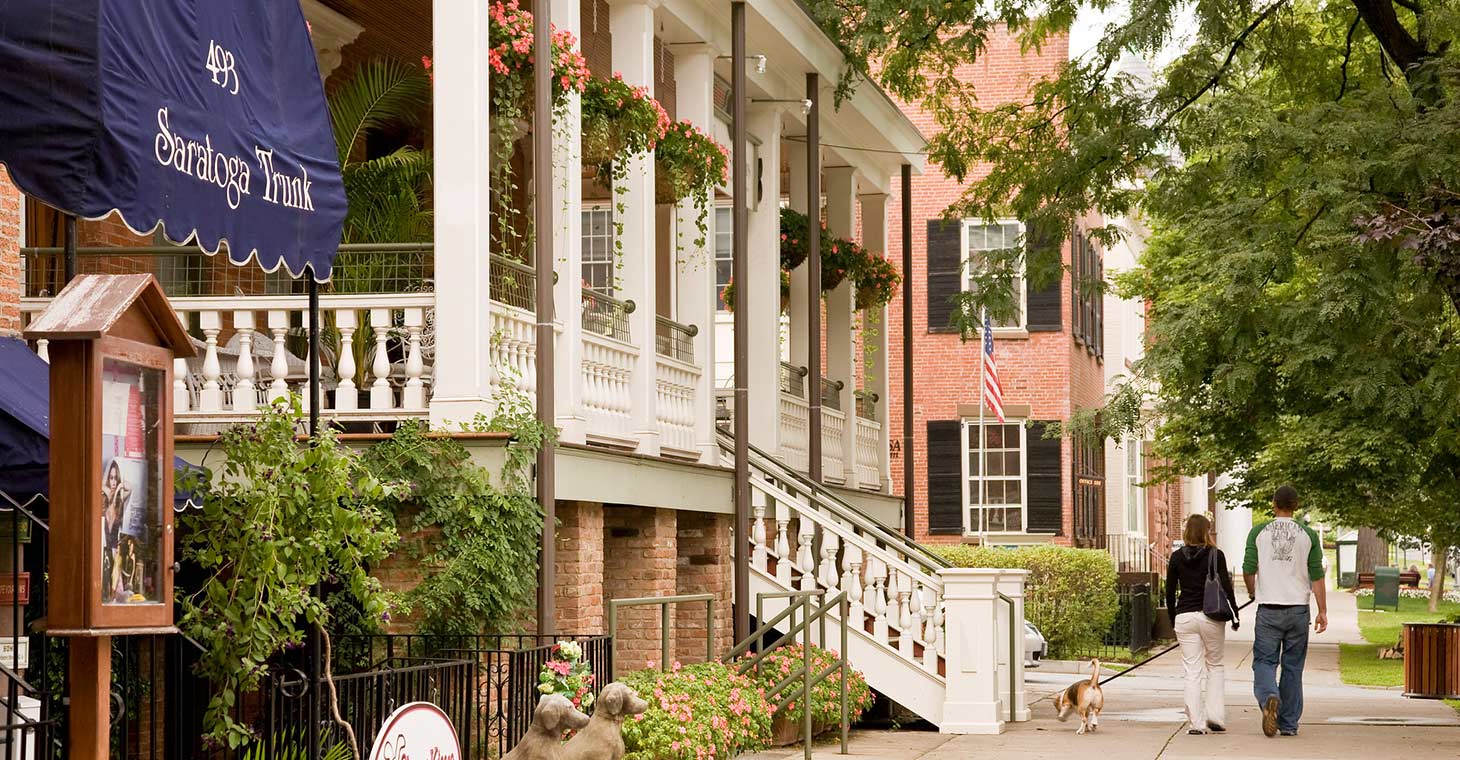 Saratoga Arms has been honored to be featured in local as well as national media and publications. We are even showcased in a novel by a NY Times bestselling author.

“Broadway is bound on both sides with boutiques, bookstores, restaurants, bars, art galleries, Victorian homes, and hotels, including the 1870s Saratoga Arms”

Located right in the heart of the city on Broadway, Saratoga Arms has the charm of a bed and breakfast paired with the luxury of a boutique hotel.

The Secrets You Keep, March 2017
Novel by Kate White

Saratoga Arms is featured in a new novel by New York Times bestselling author Kate White. The Secrets You Keep is A terrifying, twisty psychological thriller about a woman who begins to fear that her husband is not who she thinks he is.

Wake up to Fall Foliage at a Northeast Bed and Breakfast, September 2016

“Saratoga Arms is a luxury New York bed and breakfast with a private club atmosphere and close proximity to many splendid fall foliage trails.”

Saratoga Springs – A Gem in Upstate New York, May 2015

“Best place to stay in Saratoga Springs…
What else did I love about this destination? The Saratoga Arms, a boutique hotel where I lingered over breakfast and chatted with owner Kathleen Smith.”

Goes to Saratoga and the Adirondacks, July 2013

“..in the heart of downtown is a spotless boutique hotel that exudes Victorian grace down to its brass hardware and ornamental ceilings. ”

“Surround yourself with genteel style at the Saratoga Arms, an impeccably restored, 1870 Second Empire brick mansion”

5 Hideaways That Aren’t the Hamptons

“a beautiful B&B housed in an old brick home, with a front porch perfect for a morning cup of coffee”

“The family-owned and -operated Saratoga Arms is in the heart of the historic district and within an easy stroll of downtown. Guest room and amenities include elegant custom furnishings, Saratoga water, plush robes and full breakfast. This popular hotel fills fast during summer — book early.”